The first outdoor installation of the Iris Dome appeared beside the German Pavilion at Expo 2000–the World’s Fair in Hannover, Germany. The Dome celebrated the reconstruction of Dresden’s legendary Frauenkirche Cathedral, which was destroyed during World War II. The structural profile recalled the dome of the original cathedral. Suspended on a colonnade, visitors could enter the cupola formed by the dome to view a scale model of the reconstructed cathedral. 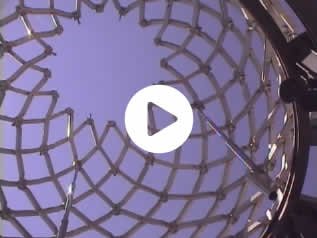 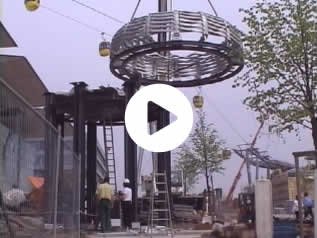 Architecture and Art in Synthesis Events and Entertainment