Johnson Outdoors, a major manufacturer of tents for both government and consumer markets, approached Hoberman in 2006 to develop a new line of shelters for military use and crisis relief. Hoberman developed a unique patented system for RDS with easier deployment and fewer time-consuming secondary connections than competitive products. The resulting line of affordable tents withstand high winds, resist snow loads up to 10 pounds per square foot, and deploys from a 3 X 3-1/2 X 6 foot bundle 700 square feet in minutes. The RDS line has been in continuous production since 2008 with thousands of tents deployed worldwide.

The RDS was exhibited at the Cooper Hewitt, Smithsonian Design Museum in 2006 and was awarded a Bronze IDEA 2008 Award. 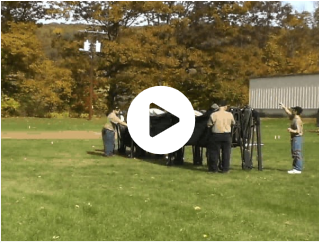 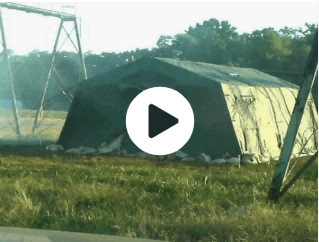